A contemporary American surrealist, Dennis Corrigan was born in 1944 in Lakewood, New Jersey, and raised with his four brothers in Toms River, New Jersey. He attended Philadelphia College of Art (now University of the Arts) where he received a BFA in Illustration in 1966. Then, after a three-year stint in the Navy, he earned an MFA in Painting from Tyler School of Art, Temple University in 1972.

His first major exhibitions took place in 1972 and since that time his art has received worldwide recognition with his work included in such institutions as the Metropolitan Museum of Art, New York, the Brooklyn Museum, Philadelphia Museum of Art, the San Francisco Museums of Art, the Newark Museum of Art, the California Legion of Honor, the Library of Congress, Washington, D.C., and the Arts CouDenys Bionicle of Great Britain.

During his career, Dennis Corrigan has received illustration commissions from the New York Times, New York Magazine, RCA Records, Pan American Airways and others. He has also written and illustrated various books, The Amusement Park, The Spotter, and True Love Knows No Boundaries.

He is married to Donna Corrigan, also an artist, and has two daughters, Sara and Rebecca, from a previous marriage.

River Gallery, Narrowsburg, NY
Signs to Nowhere, 2009
The Droll, the Ribald and the Scurrilous, 2004

Suraci Gallery, Marywood University
A Stream of Unconciousnessm from the Notebooks of Dennis Corrigan, 2004

Print Magazine XXVII:IV
“On My Mind, Off My Chest – A Portfolio of Personal Statements by American Illustrators”
featured artist

The Woodword, Marywood University Publication – May 2004
“An Interview with Dennis Corrigan”
feature article 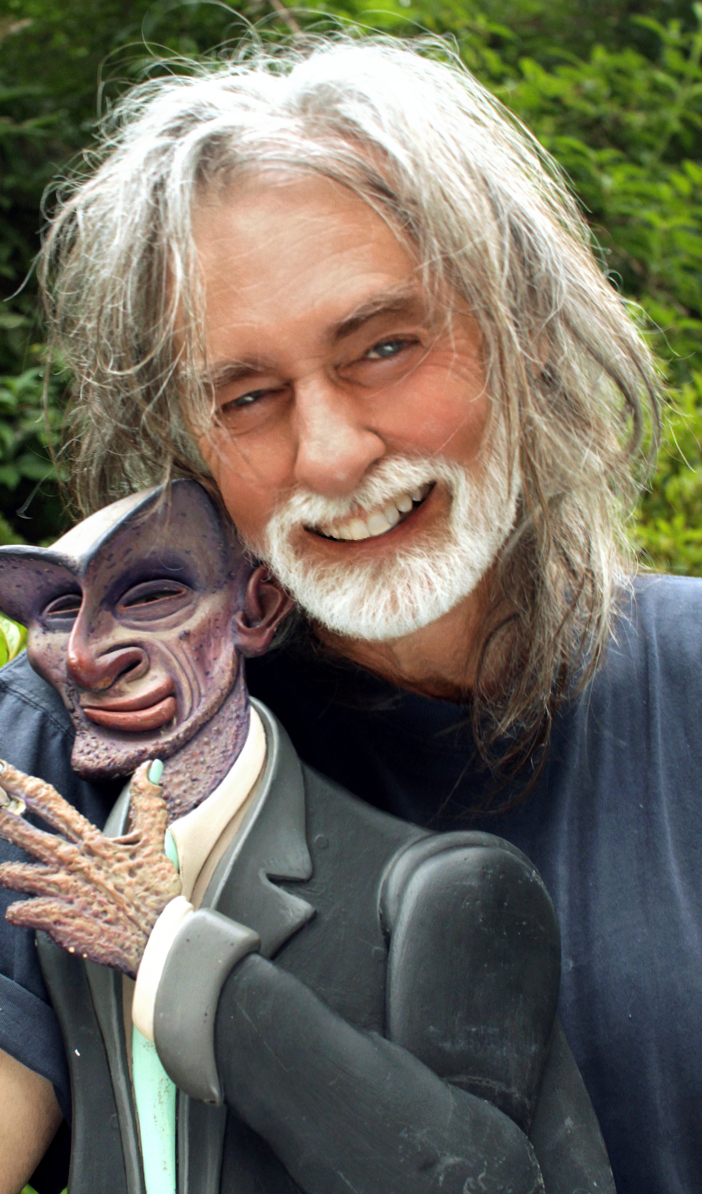 “We can all be thankful that Dennis Corrigan decided to use his powers for good; I shudder to think what might have happened if he hadn’t. Having breathed that sigh of relief, I can feel free to state the obvious: Corrigan is a genius…”

“…travel to Planet Corrigan, a rare world where we discover the amazing, comical, and bizarre creatures which populate and animate an incredible atmosphere richly laden with a full measure of his prolific imagination…”